Bizzare as Rich Dad Employs His Son As Security Man In His Company in Nigeria.

A Nigerian father identified as Felix Obazee, has revealed that he employed his son, Uyiogosa, as a security man at his company.

In a certain part of the world, VIDEO: Lady caught on camera stealing a mobile phone

Obazee who is the Chief Executive Officer of Fionet Security Services revealed this information on his page on LinkedIn after he shared photos of himself and his son.

I can’t imagine Jeff Bezos or Bill Gates doing something that.

Didn’t the father of the boy think about his safety first before putting him at such position?

Some have said it is a very nice way of training his child to become very humbled in life so yeah the man might be having a good reason then.

Obazee stated that he did it in order to give his son quality parenting. 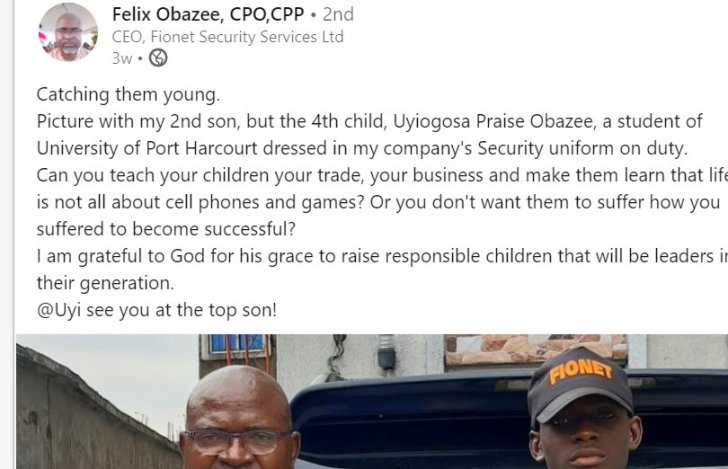